NBA 2022-23: Chicago Bulls fight back from early deficit to cruise past Boston Celtics 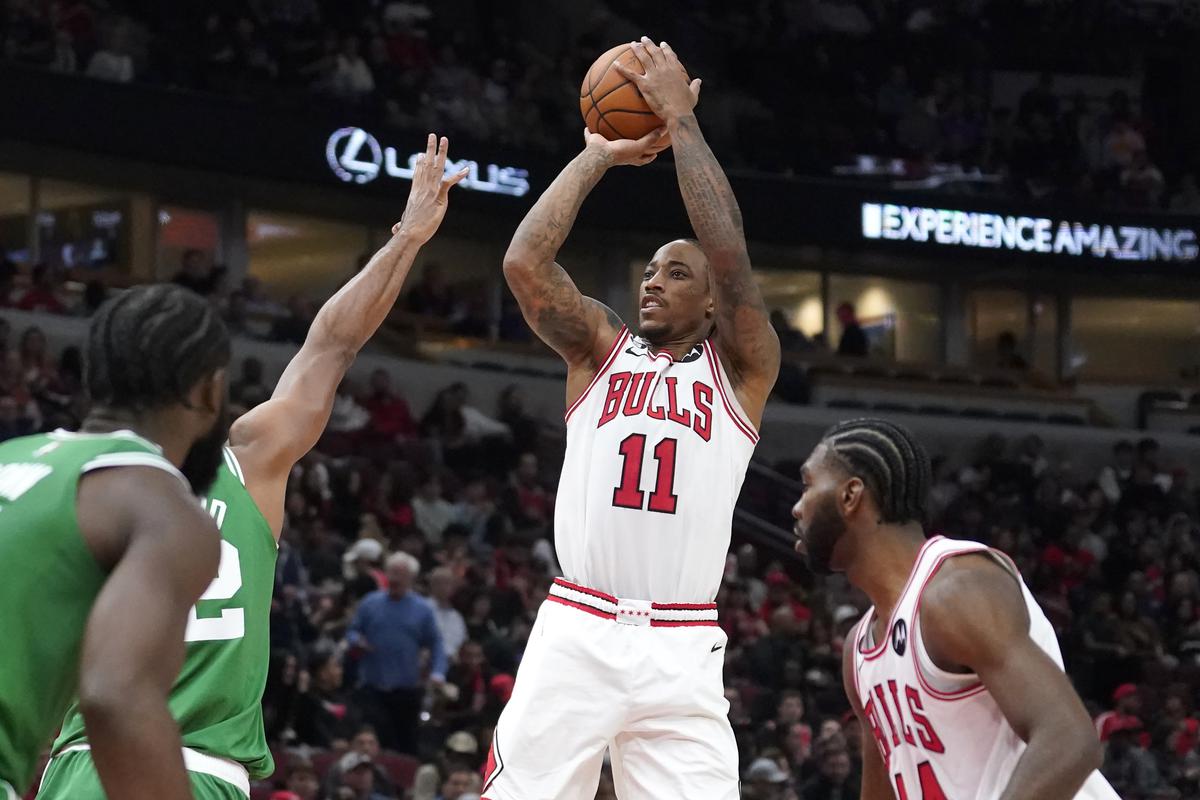 DeMar DeRozan scored 25 points, Ayo Dosunmu added 22 and Nikola Vucevic notched a double-double of 18 points and 23 rebounds to boost the host Chicago Bulls to a 120-102 victory against the Boston Celtics on Monday night.

Chicago snapped a two-game skid while stopping Boston’s season-opening three-game winning streak. After trailing by as many as 19 points in the opening quarter, the Bulls led by 21 down the stretch.

The Bulls had a 64-48 rebounding edge and shot 48.3 percent from the field compared to 37.4 percent for the Celtics.

Boston rolled to a 12-0 run to open the game, with Chicago not registering its first points until LaVine swished a pair of free throws at the 8:35 mark.

The Celtics led by as many as 19 points in the first quarter behind 60.9 percent shooting — including an 8-for-11 effort from deep. Tatum (15 points) and Brown (10) reached double-figure scoring in the first 12 minutes.

But Chicago didn’t wilt. The Bulls clawed back over the next 7:44, transforming their largest deficit into a lead on a Goran Dragic layup with 7:48 to go before halftime. Clicking behind steady shooting and defense, Chicago swelled the advantage to 16 before taking a 65-54 lead into the break.

Chicago shot 50 percent in the first half compared to 40.8 percent for Boston.

Celtics coach Joe Mazzulla was ejected late in the third quarter after being assessed two technical fouls. Grant Williams was ejected early in the fourth after making contact with an official following a foul call.

Chicago snapped a two-game losing streak in the all-time series. The Bulls have won four of the past six meetings with Boston.