England pair Walker and Phillips out until the World Cup 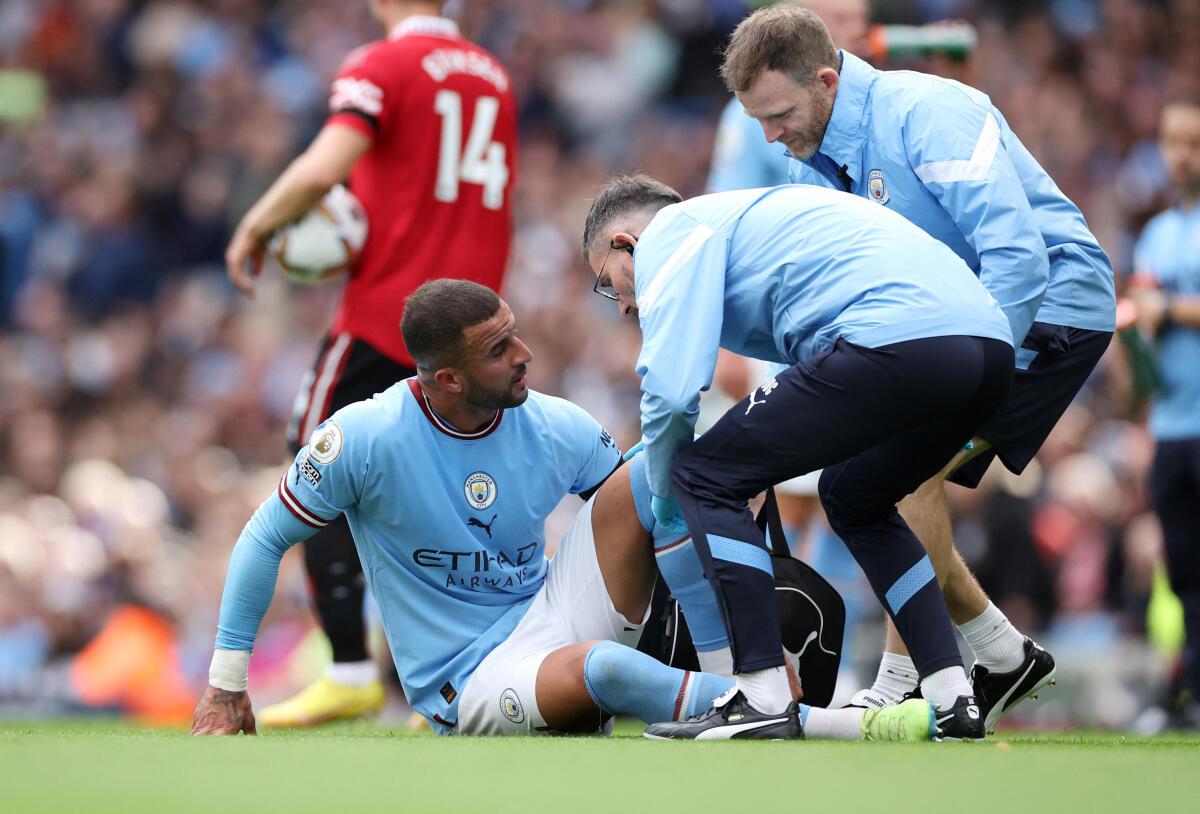 Kyle Walker and Kalvin Phillips will not play before the World Cup, Pep Guardiola said Friday.

The Manchester City pair are both recovering from injury and have less than a month to prove their fitness for the tournament in Qatar.

It leaves England coach Gareth Southgate with a decision to make over whether to risk naming either in his 26-man squad.

Walker underwent a groin operation last month, while Phillips had surgery on his shoulder in September.

“I think they are getting better, Kalvin especially, but they are out,” said City manager Guardiola in his pre-match news conference ahead of the Premier League game against Leicester on Saturday. “Until after the World Cup, they will not be ready (for us).

“Hopefully, they can get to be ready to be selected at the end. It’s a question for the national team.” Chelsea defender Reece James is almost certainly out of the World Cup after being side-lined for eight weeks with a knee injury. He has vowed to try to make the tournament, but it would require a remarkable recovery to be in contention.

Walker and Phillips were key figures for England at last year’s European Championship, and Southgate will be keen to have them involved.

Guardiola said Phillips was getting better.

“He said he feels really well,” said the City manager. “His mobility in the shoulder is perfect. He’s started to train in contact with the ball.

“He has to avoid contact with teammates, but he’s really well. We’re surprised at how quick his development (has been).”