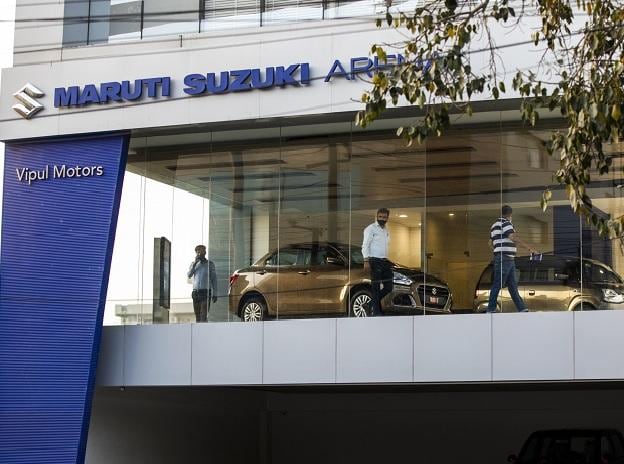 
Company Chairman R C Bhargava said the auto industry will see its highest-ever sales in FY23. “They will cross the FY19 levels,” he added. However, he clarified that Maruti Suzuki’s sales in FY23 would be roughly of the same order as in FY19.


“The industry will be ahead of FY19 levels because the smaller car segment (hatchbacks) has seen a degrowth over the last few years, whereas the major element of growth is in the bigger cars, primarily in the sport utility vehicle (SUV) segment,” he explained.


While Maruti Suzuki is the biggest player in the hatchback segment with models such as Alto, Baleno and WagonR, it is facing stiff competition in the SUV segment where other companies such as Tata Motors, Hyundai, Kia and Mahindra have carved out significant spaces for themselves. About 70 per cent of Maruti’s current unit sales are from hatchbacks. Bhargava said Maruti’s hatchbacks saw a growth in Q2 this year. “But I think that is limited to the festival season,” he said.


He said people’s preference shifted from the hatchback to the SUV segment much before the current inflationary pressures, even though the prevailing situation will further affect the hatchback segment.


The company said pending customer orders were around 412,000 vehicles at the end of Q2, of which 130,000 pre-bookings are for recently launched models.


On new SUV launches, Bhargava said, “We have just added a new Brezza, now the Grand Vitara has come in. Maruti will launch more SUVs in FY24 and they will be unveiled in the auto expo in January next year.”


“It is not that we are getting out of the hatchback or entry-level car segment. It is just that the segment’s share for us may come down from 70-75 per cent to about 60 per cent. And we will follow the change,” he added.


Only 35,000 units of Maruti Suzuki were affected in Q2 this year due to semiconductor chip supply issues as compared to the corresponding period last year when there was an acute supply crunch. The company said it benefitted from better capacity utilisation, favourable foreign exchange variation and cost reduction efforts.


Mansi Lall, research associate, Prabhudas Lilladher, said Maruti’s Q2 performance was better than street estimates. “Its new models — New Brezza, New Baleno, and Vitara — have been gaining good traction… The company has addressed white spaces in its portfolio through the launch of Brezza and Grand Vitara. However, higher competition in the SUV space and slow revival in the entry segment remain a concern,” she said.


At the company’s annual general meeting on August 7, Bhargava had said Maruti will increase its production and was aiming to produce 2 million units in FY23 with improving availability of semiconductors.


On Friday, Bhargava told reporters that the company had not given up on its challenge of reaching the two-million mark and it depends solely on the speed of chip supply.


Bhargava said the company had no certainty on how many semiconductor chips will be supplied in the next five months. “If we get reasonably good supplies, we should be able to reach the target. We have the capability to get to the target but the factor that will finally determine our success or failure is not in our hands,” he added.


While other companies, such as Tata Motors, are already launching cars in the electric vehicle (EV) segment, Maruti Suzuki is planning to launch its first EV in FY25.


“No, I do not think we are starting late in the EV segment,” he told reporters. “I think we are starting in a very systematic manner. We are localising much more. We are localising battery production and component production. We are looking to see how the infrastructure (to support EVs) is developing. It is not just a question of selling cars. I have to look after the customer who is buying my car for a long period of time. I want to make sure that when the customer buys an EV, he has no issues in getting the kind of service he wants from the car,” he added.


He said the festival season was excellent for the auto industry. “People have come out of the Covid-19 shock after a long time and have gone out shopping like they have not done in the last three years,” he added.