TradeTodayGet all latest news First
HomeScience50% employees are burned out: What are the causes, how to spot...
Science

50% employees are burned out: What are the causes, how to spot and take action 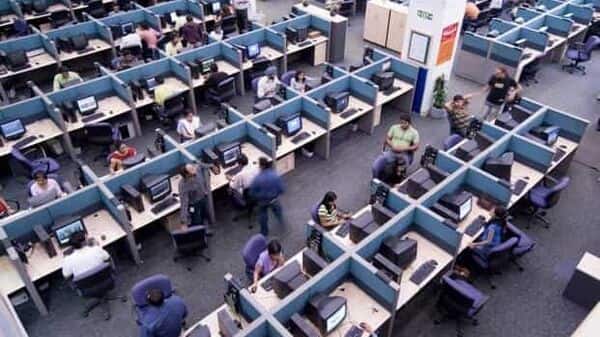 The Covid pandemic has spurred on a variety of workplace maladies, including “the great resignation,” “quiet quitting,” “overemployment,” labour shortages and more. Another such term which though existed before the pandemic too is Employee Burnout. But somehow, this issue of being burned out is connected the all of the above.

The International Classification of Diseases has described burnout as “a syndrome conceptualised as resulting from chronic workplace stress that has not been successfully managed.” As a diagnosable condition, burnout consists of three symptoms: physical exhaustion, disengagement with work and colleagues, and cynicism for one’s job and career.

Statistics of employees Burned out

A survey conducted by Edelman Data and Intelligence that almost 50 percent of employees and 53 percent of managers said they were burned out at work. The survey was done among 20,006 full-time employed or self-employed knowledge workers in 11 countries between 7 July-2 August, 2022 across several industries and countries. Another research conducted by Workhuman showed that 3 in 10 Irish employees reported that they felt burnt out “very often” or “always.” It also showed that Ireland is among the worst in Europe for employee burnout, Silicone Republic has reported. More than 12,000 workers in 11 European countries and the US took part in the survey. Belgium and Ireland performed poorly in terms of workplace stress.

Who are the hardest hit of employee burnout

“With more than a quarter of employees reporting symptoms of depression and anxiety, it’s clear that a real and pressing workplace challenge faces the region,” according to McKinsey’s report about the survey.

The research was conducted from February to April 2022 by the McKinsey Health Institute. Respondents included 15,000 employees and 1,000 human resource decision-makers in 15 countries. India, Japan, Australia, and China. All the countries, toxic workplace behavior was the dominant reason for employee burnout.

With work from home, the the employee-manager trust also goes for a toss.  Recently, survey found out that 85 percent of managers worry they can’t tell if employees are getting enough done, while 87 percent of workers say their productivity is just fine. That was the finding of a survey on corporate attitudes by Microsoft Corp., the workplace software giant and owner of LinkedIn. Managers’ fears about idle workers are creating what Microsoft Chief Executive Officer Satya Nadella calls “productivity paranoia,” with undesirable results—like spying on employees. “Leaders think their employees are not productive, whereas employees think they are being productive and in many cases even feel burnt out,” he said in a Bloomberg Television interview. This also can be a reason of burnout as proving oneself right becomes an employees priority. As per Simon Fraser University, loneliness and lack of social support come out as leading contributors to burnout, perhaps just as important — if not more so — than physical health and financial security.

How do you know if you are burned out

As reported by Forbes, negative thoughts are one of the reason. As per Janice Litvin, author of the Banish Burnout Toolkit, told Forbes that Avoidance clues or outburst at a loved one are also a sure sign of burnout.

“Avoidance clues are a sure sign of burnout. They include thoughts like, ‘I wish I could stay in bed till noon today.’ The most obvious clue is an angry outburst at a loved one. That is a telltale sign that something else is bothering you,” Litvin told Forbes in an email.

Listing other signs like problems sleeping, feelings of resentment, or digestive issues are also one of the symptoms of being burned out.

As per Mayoclinic, hard to concentrate, unexplained headaches, have become cynical or critical at work, not satisfied with achievements, sleeping habits have changed etc.

What to do about it

With these, develop a conversation with your mangers, seek support from co-workers or friends.